Last week I got the newish Azimut hard cab and short wheel base conversion set for the Land Rover.  It was designed for the Tamiya "Pink Panther" kit, which was a Series 2 long wheel base version used by the British Special Air Service in the 1960s for desert operations.  Tamiya's kit is still pretty common, but there are so many bits of little use for civilian vehicles that I decided to use one of the reissued and retooled Italeri Series 3 British Army long wheel base kits.

Azimut's kit contains the cab roof and rear wall, doors, windscreen, civilian rear cross-member, short wheel base rear wings and a shortened rear chassis section.  You also get a sheet of acetate for the windows.
The instructions are clear, but use the Italeri drawings for some reason, but the conversion details are very clear and I think it would be difficult for a competent modeller to ruin it.

There are some points to watch... such as making sure the cab fits properly, which is the most difficult part of the conversion.  Cutting the cargo bed and chassis down didn't present any problems for me, although, as usual, I superglued myself to the chassis!  I also used the Italeri civilian cross-member as the resin one was a bit rough in my kit.

I also used the Italeri doors and windscreen as they didn't need replacing,  Unlike my military Series 3 Land Rovers I opted to stick with Italeri's tyres.  They aren't perfect but they will further differentiate it from the green and black ones.

As a final detail touch I added a pair of Firing Line Land Rover mudguards... most civvy Rovers I've seen sport them.

Once complete the model really looks the part and is certainly a pleasant change from the military ones on my workbench.  At the moment it is built up into painting sub-assemblies, waiting for decent weather to give it a blast or two. 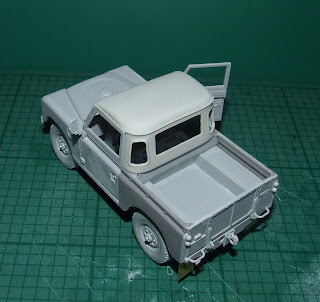 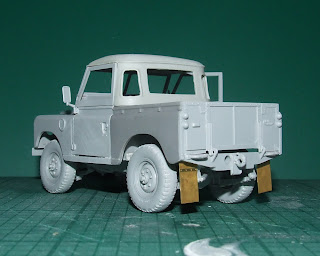 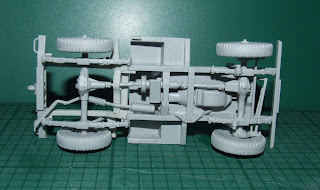 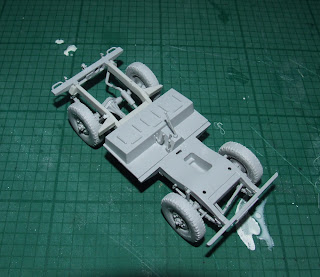 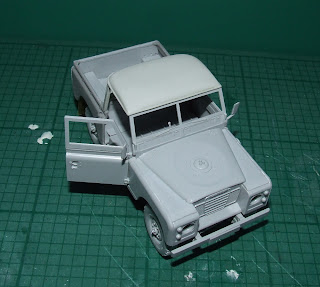 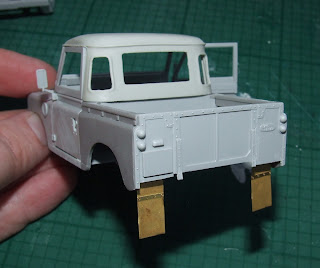 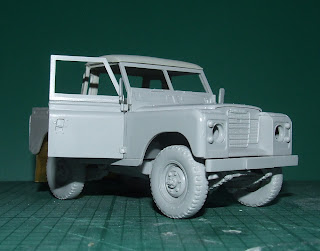 At the moment I have no idea of the colour scheme or role it will be put to... I will just have to keep my eyes open.

Back to less sturdy vehicles the next time... ^_^ 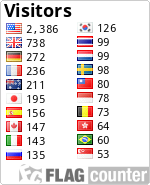